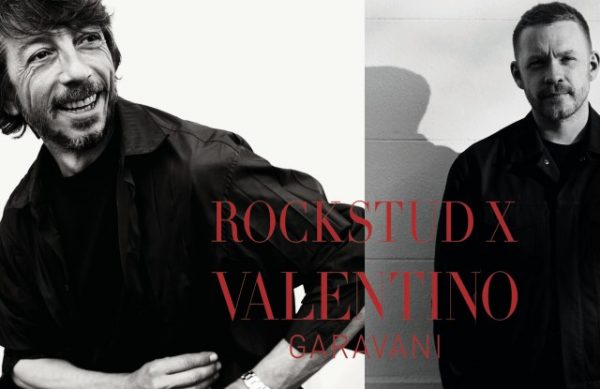 ROME, ITALY  — Valentino‘s creative director Pierpaolo Piccioli is taking it back to the past with a new touch by revisiting the Rockstud series, which has helped to drive the accessories business at the Italian luxury house.

Marking the 10th anniversary of the signature collection, the iconic couture company is launching a special project under the Valentino Garavani Rockstud X moniker, where the Roman numeral X stands for 10.

X is also meant as a multiplying factor since Piccioli is asking international designers, brands and artists to give their own interpretation of the stud, which has characterized handbags and shoes of the series.

The project, which reflects Piccioli’s aim to be inclusive and create a community, will kick off with British designer Craig Green.

In the past, Green designed capsules for Moncler Genius, Adidas Originals and Champion. The men’s wear designer is one of London’s top young talents and is known for his bold approach to clothes, which have a somewhat utilitarian, functional and architectural structure, with interesting textures.  The worker’s jacket is one of the designer’s signature pieces.

Green launched his namesake label in 2012, straight after graduating from the MA Fashion course at Central Saint Martins in London. Green has been named British Menswear Designer at the Fashion Awards in 2016, 2017 and 2018.

Details about the product, its distribution and launch are still under wraps.

The latest iteration of the Rockstud was introduced with the resort 2021 collection and was named the Roman Stud, a supersized, macro version, also seen last month on the Valentino runway in Milan for spring 2021.

The stud, in a square and cruciform shape, pays tribute to Rome, as it is reminiscent of the typical “bugnato” masonry workmanship in use since medieval times on the city’s buildings and palazzi.

The first Rockstud collection was launched for the fall/winter 2010-2011 season.

In 2016, when Piccioli began to make his mark on Valentino as the luxury brand’s sole creative director, following the exit of Maria Grazia Chiuri and her move to Dior (see it here), the designer launched the label’s new Rockstud Spike Bag, setting in motion a strong communication campaign. At the time, he defined the stud as “a punk symbol on a bourgeois object.”