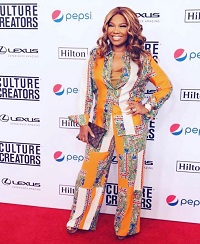 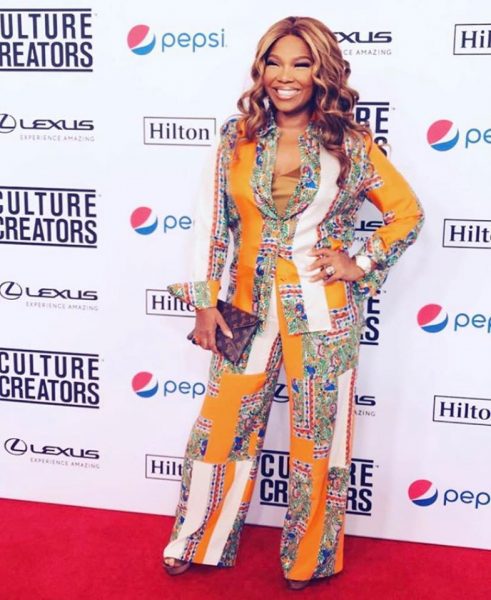 HOLLYWOOD, CALIFORNIA — Last year, D.M. Fashion Book reported that music manager turned entertainment mogul and Love & Hip Hop creator, Mona Scott-Young has signed an overall deal with Lionsgate TV to develop and produce unscripted series for the company’s alternative television business under her Monami Productions banner. She will also have the opportunity to develop projects across Lionsgate’s scripted, digital and other businesses (see it here).

Scott-Young, who runs Monami Entertainment and Monami Productions, has a slew of projects in various stages of development and is also expanding her company to move into scripted and to look internationally.

She tells Deadline about her plans to work with the likes of BLM Activist Tamika Mallory, Aaron Hernandez’s wife Shayanna Jenkins and her remake of classic South African drama Shaka Zulu. She also talks about the future of VH1’s Love & Hip Hop franchise.

The New York-native is currently working on an unscripted project with Mallory, who was one of the organizers of the 2017 Women’s March. “This is a special, unique, life-changing moment in all of our lives and especially for people of color, and when I look at how it’s being captured I’m like this entire movement is happening on Instagram being captured by cell phones. What will we have to look back on, and so we rallied some of our shooters and we’ve been following Tamika and have been on the ground with her and have really told the story of this reluctant leader of sorts,” Scott-Young told Deadline. “She’s been thrust into the forefront of this movement and then becomes a voice of the people, not by choice but by necessity and for me it was an incredible honor to be able to lend my skillsets for capturing this moment in time and memorializing it.”

Another important focus for Scott-Young business is scripted. She has a number of scripted projects in development including a drama with Shayanna Jenkins, the wife of Aaron Hernandez, the NFL star who allegedly killed himself after he was convicted of murder.

The story is being told from Jenkins’ perspective. “Everyone is familiar with Aaron and knows that horrific story of what happened with him, but for me as a woman I look at Shayanna, his significant other, the mother of his children, and I wonder what her life was like. Sleeping next to this man, her childhood sweetheart, and watching this change with him. How did that impact her and her family? That’s a very relatable perspective,” she added.

The story will explore how he went from New England Patriots star through to his chronic traumatic encephalopathy (CTE) and how it destroyed their lives. Scott-Young is currently talking to writers. “We’re at the early stages of putting the project together but it’s one that we’re passionate and excited to tell because we just think it’s fascinating. She’s been open about sharing all the elements and details that you don’t know and that you haven’t seen in all of the documentaries and news pieces that have been done. So, there is a very special, unique, personal perspective that she can bring to this that no one else can.”

On the drama front, Monami has also teamed up with South African production company New Vision to remake classic drama series Shaka Zulu. The series, which aired in 1986, originally aired on South African public broadcaster SABC and told the story of the king of the Zulu and the British traders with whom he interacted. It aired in the U.S. in syndication.

“That is a brilliant classic and when you think about thematically what it represents, there are parallels with what we are experiencing now. It’s strategic rebellion, right? Understanding that now is the time for people to take a stand about the things that are wrong, to not allow themselves to be victimized, that was what Shaka’s legacy was about. He was a masterful and strategic general,” she said.

“Yeah, absolutely. Like I said, the company that you know, I formed a partnership with is a company called NV for New Vision is what it stands for, and these are just really smart, passionate guys and you know, we met and started talking about how we collaborate, how we bring productions there and vice versa and bridge the gap with the cultures and the country, and Shaka Zulu is the project that we’re doing together.”

She is also prepping an African ancestry project – a Who Do You Think You Are? for tribes.  The non-scripted series will take celebrities on an immersive journey to learn more. “It end in a homecoming ceremony, where they have a chance to offer that village what they learned along the way,” she added.

She said that there is a network on board and she is currently in the deal-making phase.

Then there’s Love & Hip Hop, which has seen over 400 episodes over 28 seasons produced in New York, Atlanta, Miami and Los Angeles.

Scott-Young called it “lightening in a bottle”, although admitted that there was an unusual dynamic because while she was an exec producer, she didn’t handle physical production. ViacomCBS, which owns VH1, has now brought the production of these shows, which were produced by companies including Big Fish Entertainment and Eastern TV in-house.

“The network has made a decision to take those productions in-house, so they have been gearing up and backing up in a way that will allow for them to do that. It won’t change my role in the way that I work with them but there is a process now that’s taking place, and also of course, the caution, the precautions that need to be taken with figuring out how to reimagine a docuseries and do it while adhering to safety protocols and finding a different way of making the show,” she said.

She added that the cast turnover also kept the franchise fresh but that they are now looking at the opportunity to refresh the types of stories that they are telling. “I kind of embrace the challenge and see it as a new frontier to be conquered,” she said. “The beauty of it is each city has managed to establish its own fan base and has its own place in the zeitgeist and with the fans, and, of course my hope is that all four cities come back, there has been nothing to indicate otherwise. They all have fared really well for the network in terms of ratings and they’ve been the cornerstone of the programming there so I don’t see that changing.”