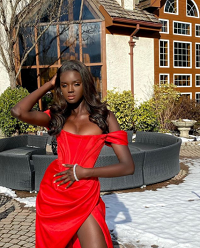 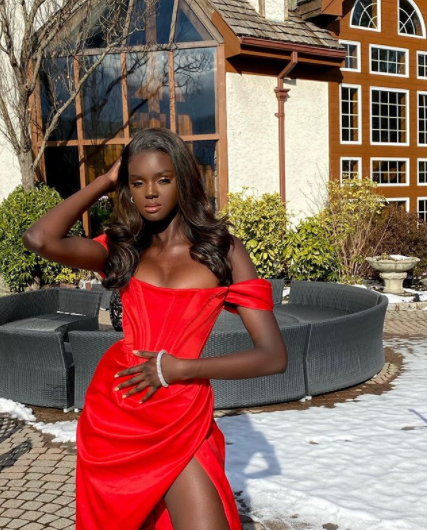 Thot was born in Melbourne, Australia, and got her big break as a contestant on “Australia’s Next Top Model.”

The 24-year-old, dark-skinned beauty, with South Sudanese roots shared that she struggled to break into the industry in her home country. While doors closed in Australia, which has long been criticized for its lack of racial diversity in modeling, she was embraced in the U.S. It’s when she moved to New York City that she got signed, and her career took off.

Thot made her runway debut at a Yeezy show and has walked for Victoria’s Secret, Prabal Gurung and Valentino. She has been an ambassador for L’Oréal and the face of Fenty Beauty, as well as been featured in campaigns for Moschino, Balmain, Oscar de la Renta and Maison Margiela. In 2018, she appeared in the Pirelli Calendar as Alice in photographer Tim Walker’s version of “Alice in Wonderland.” Her magazine covers have included Harper’s Bazaar, Marie Claire and Paper magazine.