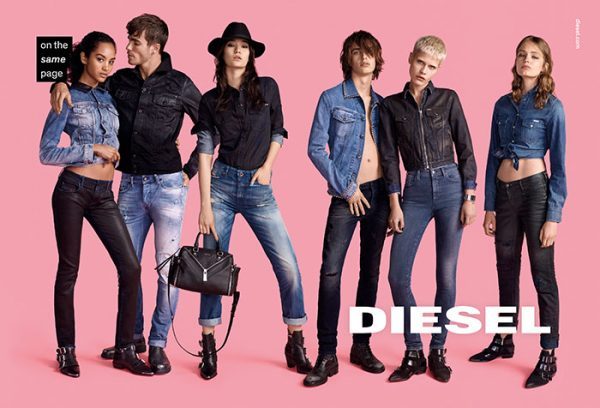 Glenn Martens, who has taken the fashion industry by storm with his Y/Project brand, has been named creative director of Diesel, according to WWD.

The Paris-based designer is to join the Italian lifestyle brand immediately, overseeing style, communications and interior design. An official announcement is expected as early as today.

Diesel confirmed the hire exclusively to WWD, but demurred when asked when Martens might unveil his first designs for the brand.

Diesel has not had a marquee talent at the helm since Formichetti exited in December 2017 after a four-year tenure as artistic director.

The Belgian designer arrives nine months after Massimo Piombini, previously chief executive officer of Balmain, was named CEO at Diesel, and amid brightening prospects for the flagship property of OTB, the fashion conglomerate controlled by Italian industrialist Renzo Rosso.

In July 2020, we reported that Piombini wants to close stores, raise prices and expand in sneakers to turn around a denim brand that had its peak in the 1990s (see it here).

Piombini, who took over Diesel in late January 2020, said the retailer’s 436 stores worldwide — some directly owned, some concessions — are “way too much, regardless of coronavirus.” Far from derailing its plans, the pandemic is accelerating some elements of his plan.

Rosso has had Martens on his radar for several years and tapped him in 2018 as a guest designer of its experimental capsule series Diesel Red Tag, one year after Martens bagged the prestigious ANDAM fashion prize, of which OTB is a historical sponsor and mentor.

“I know many designers and I just know Glenn is the perfect fit for Diesel, the first designer creative director of this brand in its 42 years of history,” Rosso told WWD. “Glenn has an incredible background, he comes from the Antwerp school, and I love the way he can pick iconic pieces and reinterpret them, denim in particular, with modernity. I have been following his work for years since he won ANDAM, and I know he can take Diesel, and its iconic global lifestyle, into the future. After all these years, I am happy to hand it over to someone who will carry it forward with new energy and a fresh vision.”

Martens, 37, said he is “extremely honored and excited to join the Diesel family,” lauding its values of “radicality, honesty and optimism.”

“Diesel helped shape the way we see the future. Its unique voice has made it an undeniable icon,” he said. “Today, more than ever, I feel the need to celebrate these founding values, to build bridges through a message of hope.”

Martens plans to continue with Y/Project alongside his new responsibilities with the Italian group.

In 2019, OTB brought a stake in California-based Amiri (see it here).

Martens grew up in the Belgian city of Bruges and graduated from Antwerp’s Royal Academy of Fine Arts in 2008. He was recruited by Jean Paul Gaultier — whom he has lauded as a “true inventor” — after Gaultier saw his graduation show and conscripted him as junior designer for his women’s pre-collection and the G2 men’s label. Martens became the first assistant of Y/Project founder Yohan Serfaty when that independent brand was launched in 2010. Serfarty died of cancer in April 2013, and Martens assumed the creative helm of Y/Project later that year.