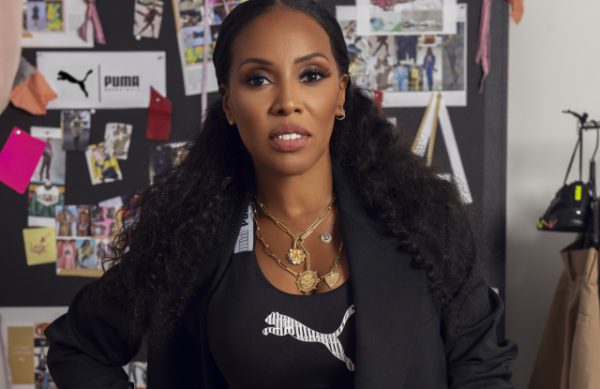 The partnership is intended to redefine what it means to be stylish in sport.

Ambrose is an award-winning costume designer, creative director and author who has styled everyone from Jay–Z and and Mary J. Blige to P Diddy and Mariah Carey over the course of her 25-year-plus career. She has created looks for more than 200 music videos including Missy Elliott’s patent-leather garbage bag outfit for her 1997 music video for “The Rain (Supa Dupa Fly).”

But it was Ambrose’s relationship with Jay-Z that ultimately brought her to Puma. The rapper turned entertainment mogul has been associated with the sports brand since 2018, when he joined as Creative Director for Puma Hoops, the brand’s basketball division.

Under the terms of the deal, Ambrose will initially work on the women’s and girls’ collections, with the first merchandise expected to be released next summer.

“Jay [Jay-Z], Emory Jones and I have had many conversations about style, sport, purpose and legacy,” said Ambrose. “From these conversations, Jay then introduced me to Bjørn Gulden [Puma’s chief executive officer] and Adam Petrick [Puma’s global director of brand and marketing]. Adam and I talked about our visions and my impact on the culture at large, and it was from these interactions that I knew a collaboration with Puma would be beautiful and transcend far beyond product.”

Petrick said after meeting with Ambrose, he discovered there was an “immediate connection and an alignment of vision — an opportunity to fuse sportswear with fashion styling details. She’s not a designer in the classic sense, she’s a creator but she’ll be getting a chance to flex her design skills.”

He called Ambrose “an icon at the intersection between fashion, music, culture and purpose. Having the opportunity to bring an individual with such talent into the world of sports is unique, and we are excited to see how she can redefine what it means to create a sportswear collection.”

Ambrose’s understanding of the street and basketball culture are what “make her the right partner,” he added. “She has a long history of the tastes of that consumer and references from years ago that give her a degree of expertise few people possess.”

Petrick said Puma is “actively focused on servicing the female consumer” and Ambrose’s participation will also open up a conversation on gender equity, particularly in the basketball space, which has long been dominated by men. Most women’s product is merely resized men’s product, “and that’s not good enough,” he said. “The female athlete is underserved by a lot of brands and we believe there’s an opportunity to bring style, fashion and innovation to footwear and apparel in general, particularly in basketball.”

Although Puma is keeping the details of the collection and its launch date close to the vest, it did say that Ambrose will be working on an exclusive for Puma Hoops as well as a Title Nine collection.

“I want my work with Puma to drive a dialogue around Title Nine and equality,” she said. “To have the opportunity to do this by launching a collection for an underserved division — for women’s basketball — is incredible. I want athletes and all women to feel fearless and inspired when they wear the pieces that I’ve designed. I want to create a space where young girls and women feel empowered on and off the court.”

Ambrose said that her conversations with Puma started over a year ago and have continued through the pandemic. She hopes to offer a blend of “fit, function and flair” in her collection, or “that little bit of seasoning,” she said. “It will definitely perform, but it will also be stylish.”

The partnership is expected to extend beyond product. Puma is committed to use its platform for social impact, empowering youth and pushing for equality in sport.

“The connection between style and sport is timeless and it’s something I’ve always wanted to put my spin on,” said Ambrose. “Beyond the collections, it’s important to me that the collaboration is rooted in social impact, and Puma’s work in the social justice space to empower youth through sport makes them the perfect partner.”

She said her collection will also take on the gender equality issue. “Why can’t a guy wear our pieces?” she asked, pointing to the orange WNBA hoodies that are also worn by men. “With everything going on with gender neutrality, it’ll be fun to see where this goes.”