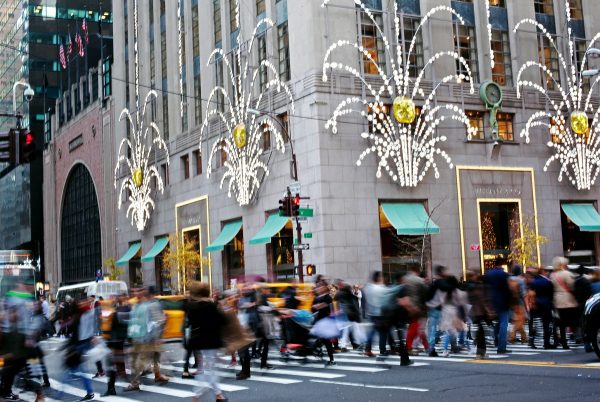 PARIS, FRANCE  — According to WWD, “LVMH Moët Hennessy Louis Vuitton said it has submitted the proposed acquisition of Tiffany & Co. to the European Commission for antitrust review, in a move that appeared calculated to deprive the American jeweler of some of its ammunition in the pending lawsuit over the deal“.

LVMH said earlier this month it could not go through with the $16.2 billion acquisition, the largest in the history of the luxury sector, because the French government had asked it to delay the closing in light of an ongoing trade spat with Washington (see it here).

On September 12, D.M. Fashion Book reported that LVMH said it had plans to take legal action against the Tiffany & Co., accusing it of “dishonesty” and mismanagement during the coronavirus crisis (see it here).

“LVMH confirms that earlier today, immediately after receiving approval to proceed by the European Commission, it has submitted the proposed acquisition of Tiffany for antitrust review, as it has always stated it would do,” the luxury group said in a statement late on Friday.

“Eight of the 10 requisite antitrust clearances have already been obtained. LVMH expects to receive approval from the European Commission and Taiwan well before the Nov. 24, 2020 outside date,” it added.

It appears to be a purely technical move, since LVMH has opposed Tiffany’s motion to hold an expedited trial and asked the court to hold off for six or seven months.

Tiffany said in its own statement: “Tiffany is delighted that the EU filing has finally been made. The speed with which LVMH acted after Tiffany filed its complaint in Delaware only underscores LVMH’s delays and lack of compliance with the merger agreement over the prior months.”

Tiffany and LVMH will face off in court for the first time on Monday.