Telfar Announces Collaboration With Ugg In 2021 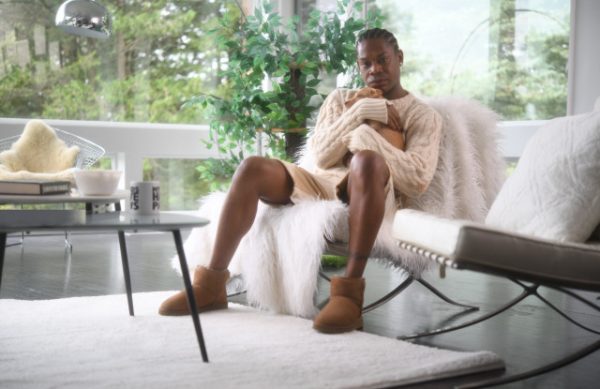 The partnership was first unveiled on the designer’s Instagram, wearing a black T-shirt bearing a special crystal-encrusted Ugg and Telfar logo. The collection will make its debut in 2021.

The short he posted is the ending of his video for “Feel You” by Ugg, a series celebrating individuality and style with more than 30 global artists, creatives and activists. Clemens, in the video, tries on different Ugg products and comments on pieces feeling.

“I find Ugg is really sexy — a soft kind of rugged,” said Clemens about the label, in a statement. “I have made unofficial, unauthorized Ugg boots in two shows already dating back to 2010. So, I’ve always been obsessed with a certain kind of ubiquity and when something really unique ends up on everybody. What I want to do is get down to the DNA of Ugg and see what genes we have in common. To get down to the core of that feeling.”

Ugg is the latest to collaborate with the 2020 CFDA Fashion Awards’ American Accessory Designer of the Year. He also has long-standing partnerships with Budweiser and White Castle, and had one planned with Gap that was publicly canceled.

His very successful handbag was dubbed the “Bushwick Birkin” by fans and followers, and it has sold out on multiple occasions over the past few months. The brand recently took preorders in order to stop resellers from buying all of the handbag stock.