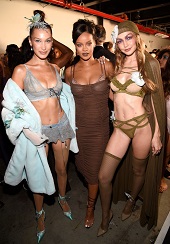 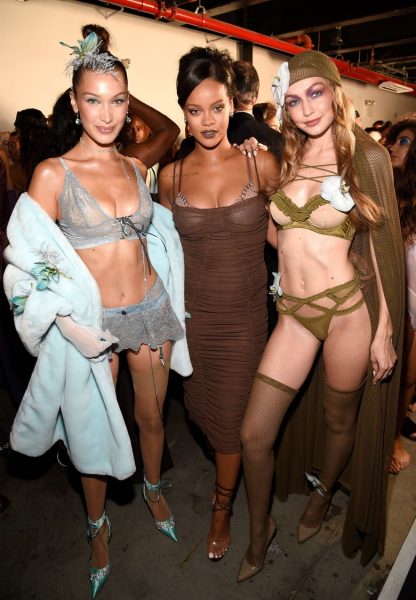 In an Instagram post, the Bajan-beauty revealed she’s debuting the Savage x Fenty Vol. 2 show on the streaming service, posting a behind-the-scenes video of herself at the Los Angeles Convention Center in a face mask and shield with a caption reading, “It’s going down Oct. 2 on @amazonprimevideo!”

The video includes the list of the show’s performers, which includes Travis Scott, Rosalía, Miguel, Bad Bunny, Roddy Rich and other musicians.

In August 2020, D.M. Fashion Book reported that Riri had inked a deal with Amazon to stream her show, which was streamed on Amazon Prime Video on September 20, 2019 (see it here).

While Rihanna has yet to reveal more specifics on the Savage x Fenty Vol. 2 show, it’s expected that she will follow the ethos of inclusivity and diversity she’s brought to her lingerie brand and other fashion and beauty businesses.