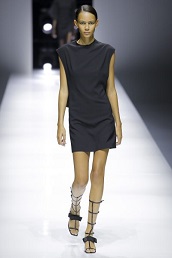 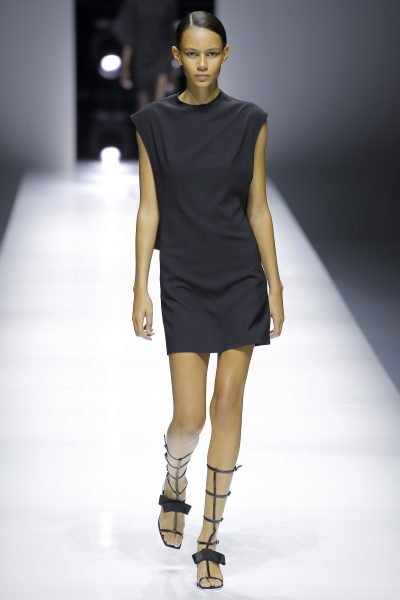 The fashion house confirmed his arrival and said Bazin would work with Grace Zhao, its new deputy general manager for the Asia-Pacific businesses.

“Together, Mr. Bazin and Ms. Zhao will oversee the overall strategy for the brand and its implementation globally,” Lanvin said.

Bazin most recently served as senior vice president of collection merchandising at Versace, and has been in that role, a new one, a little over a year.

“I am very glad that Arnaud has joined us and we will continue to drive the development of the company as a team,” said Joann Cheng, chairman of Lanvin.

“We have seen significant growth in Asia-Pacific since Grace joined and we believe it is the second engine for us to display the growth trajectory globally,” she added.

Zhao, who will be based in Shanghai for Lanvin, has also worked at Louis Vuitton, Celine and Burberry in marketing, digital and operations.

Based at Lanvin’s Paris headquarters, Bazin joins with more than 25 years of experience in luxury fashion.

Before Versace, he was managing director of leather goods, accessories and shoes at Christian Dior Couture for six years.

Bazin is a discreet, driven executive, who had joined Dior from Chanel, where he held a variety of positions in leather goods marketing and product development, ultimately rising to merchandising director at Chanel fashion.

He has also worked at Hermès, Procter & Gamble and Cassina. At Dior, he managed the creation, product development, merchandising and product strategies for leather goods, accessories and shoes.

Hopefully his expertise serve him well at Lanvin, currently in a turnaround phase after an ownership change, and several years of upheaval in the design studio.

“I am thrilled to join this entrepreneurial adventure. Lanvin is one of the jewels of French fashion patrimony, and is now writing a new chapter of its history under the creative vision of Bruno Sialelli,” Bazin said in a statement provided exclusively to WWD. “I deeply believe in Lanvin’s strengths and potential and I am happy to lead its development.”

In August 2018, DM Fashion Book reported that Jean-Philippe Hecquet was appointed chief executive officer of Lanvin (see it here). After 18 months on the job, Hecquet will stepped down from his role (see it here). In the interim, Joann Cheng, chairman of Lanvin’s parent Fosun Fashion Group and head of the board of directors of Lanvin, assumed the CEO role, overseeing the brand’s strategy and operations.

Fosun International, the Chinese conglomerate acquired a majority stake in fashion house in February 2018 (see it here), and has said it is “strongly committed to reaffirming the brand’s position as one of the industry’s most iconic fashion houses.”

Despite largely positive reviews for collections by Sialelli, the house is battling to contain the impact of the coronavirus on its wholesale business.