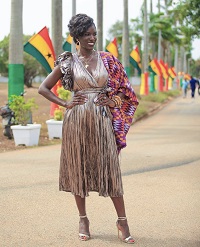 Prior to Endeavor, Bozoma was chief brand officer of Uber, and was head of global consumer marketing at Apple Music and iTunes. Earlier, she was head of music and entertainment marketing at PepsiCo, having begun her career in advertising working for firms such as Arnold Worldwide.

Saint John is Netflix’s third chief marketing officer in less than a year. She replaces Jackie Lee-Joe, the one-time CMO of BBC Studios, who had only been at Netflix for 10 months. According to Netflix, Lee-Joe is exiting the streamer for personal reasons; she has been living in Australia with her family since March since the start of the coronavirus pandemic. Lee-Joe had been named to succeed former Netflix CMO Kelly Bennett, who announced his retirement from the company last year.

“I’m thrilled to join Netflix, especially at a time when storytelling is critical to our global, societal well-being,” Saint John said in a statement. “I feel honored to contribute my experience to an already dynamic legacy, and to continue driving engagement in the future.”

“Bozoma Saint John is an exceptional marketer who understands how to drive conversations around popular culture better than almost anyone,” Sarandos said in a statement. “As we bring more great stories to our members around the world, she’ll define and lead our next exciting phase of creativity and connection with consumers.”