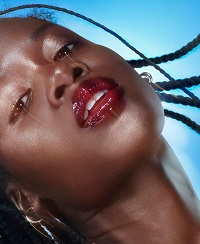 UNITED STATES — Last month (May 30), Glossier entered the industry-inclusivity conversation with full force: The brand committed to donating $500,000 to organizations combatting racial injustice, and another $500,000 in the form of grants to Black-owned beauty businesses. On Thursday (June 11), founder Emily Weiss took to Glossier’s social platforms to explain exactly what that means—and why it’s a critical theme to address to change the industry’s landscape.

“When Glossier launched in 2014, we were fortunate to be one of the rare female-founded businesses to successfully raise venture capital; that year, only 3.1% of venture dollars raised by U.S.-based companies went to women,” wrote Weiss on Glossier’s blog. “We are also keenly aware that a Black woman with the very same vision likely would not have received the same support. Black consumers wield an enormous amount of purchasing power, yet Black women have received only .0006 percent of the $424.7 billion raised in venture capital since 2009.”

Through July 3, the brand will be accepting applications for a series of tiered grants, offered to goods-oriented beauty businesses depending on their level of growth, with $10,000 for pre-launch, $30,000 for early-stage, and $50,000 for growth-stage. The grants—Weiss estimates that around 15 will be offered in total—represent a new means of addressing the beauty industry’s built-in racial disparities, the actual money accompanied by regular, one-on-one advisory support from Glossier employees and experts. With companies across the globe assessing internal diversity and promising future shifts, this initiative is a means of ensuring another sort of promise: that the future face of beauty is one that everyone can see themselves in.