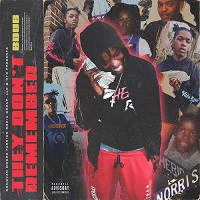 On the EP, Bdub gives his fans a glimpse into his life, and how his rough upbringings in Camden, New Jersey inspired him to rap. He was influenced by his brother, who passed away.

He puts his pain, passion, blood, sweat and tears into his music. Bdub‘s undisputed talent is only matched by his understanding of today’s generations, their way of thinking, their struggles, their dreams. And he is doing exactly what he been doing at his best since picking up a pin and writing down rhymes at the young age of 12: create, innovate, and inspire others through the stories he tells in his music.

For all booking or general inquiries, email management at don@dmfashionbook.com.