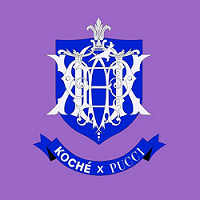 New Creative Strategy: Pucci Is Focusing On A series Of Guest Collaborations For the past three years, Pucci lacked direction. Since the luxury label parted ways with Massimo Giorgetti in April 2017 (see it here), an internal design team has created collections for the runway. Now, it is looking to open its archives to “creative voices,” rather than appointing a singular creative director for the house.

The Italian resort brand, best known for its use of bold, vibrant colorful prints was founded in 1947 by Emilio Pucci. LVMH acquired a 67 percent stake in 2000, but the label remained largely dormant for much of the next decade. Giorgetti joined the Pucci in September 2015, succeeding Peter Dundas (see it here). In 2009, Dundas was hired to help push Pucci beyond kaftans and vacationwear, and Alessandra Carra was appointed chief executive in 2011 with a mission to kickstart global growth.

Carra departed in 2014. The brand remains one of the smallest in LVMH’s portfolio, though earlier this week Bernard Arnault, the conglomerate’s chairman and chief executive, said he wasn’t interested in selling it or other niche labels.

Pucci needs to change, but its lack of momentum may hinder its ability to capitalize on fresh creative talent, analysts say.

“This could be a way to bring new ideas to a brand that has remained too close to its roots, and has failed to blossom — so far — and develop its potential,” said Bernstein analyst Luca Solca via BoF.

Kocher, a former LVMH prize finalist, is tasked with creating a collection that includes ready-to-wear and accessories. It will debut during Milan Fashion Week in February and arrive in stores in September. The designer told BoF that the tie-up is meant as a one-off collaboration. In a statement, Pucci said the brand was drawn to Kocher for “her unique blend of couture and street.”

Kocher founded her label in 2015 and won the Andam Grand Prize last year. She is best known for her haute-meets-urban aesthetic and generated revenue of €3.7 million in 2018. Last year, the brand inked a licensing deal with OTB. Alongside her brand, Kocher is also the artistic director of Maison Lemarié, a couture atelier specializing in flowers, feathers and pleats, owned by Chanel subsidiary Paraffection.

“It’s a collaboration, but with a very old fashion house with a strong identity … the print, the colours, the history, the story,” Kocher told BoF. “I find it very interesting to do an exercise on a very historic house where Koché could bring important creativity [and] freshness.”

She said her collection will introduce new fabrics and shapes to the Pucci identity.

Whether Pucci’s approach will work depends on its ability to deliver desirable products and execute an effective marketing strategy.