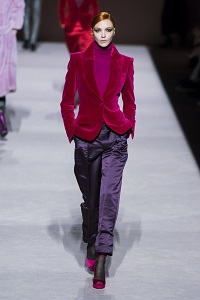 Tom Ford Will Return To Los Angeles For Next Runway Show Come February 2020, Ford will be heading back to Los Angeles.

The reason? The Oscars, which are scheduled for February 9, right in the middle of fashion week.

Ford previously showed in L.A. in February 2015 when the Academy Awards also fell during fashion week. The designer’s clientele and front row regulars include some of Hollywood’s biggest celebrities, so the location change certainly makes sense for his business.

But the move is a bit awkward as it relates to his role with the New York-based CFDA and New York Fashion Week, which in recent years has become less relevant and less attractive to international press and buyers. More of New York’s favorite designer labels, like Thom Browne, Altuzarra and Telfar, have decided to show in Paris instead in recent years. Ford has been one of the biggest names to still consistently show his womenswear collections in New York.

“Ford’s biggest move as CFDA chairman to date was to condense the fashion week schedule to five days and nights, from its previous seven-day, eight-night format. He also kicked off the week in September with an intimate dinner for designers and international press at Indochine. While the truncated schedule gave the week more energy, New York Fashion Week is a long way from its former glory. Tension still arises between the CFDA and IMG, the “official” host of New York Fashion Week, and designers are still figuring out how to balance the commercial and marketing priorities of their shows,” reports BoF.

“In many ways, I think that LA and the West Coast in general has been overlooked by the fashion world despite the fact that the worlds of fashion and film are so closely related,” Ford said. “I did this the last time that the two calendars overlapped and it worked well. LA is particularly exciting that week and as it is my home it seems the natural thing to do.”