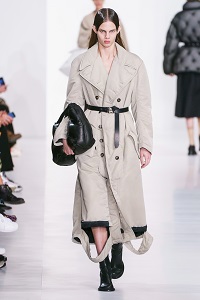 PARIS, FRANCE — After a successful five years as creative director of French luxury house Maison Margiela, John Galliano chose to extended his contract. Renzo Rosso’s Only The Brave, the conglomerate that owns Maison Margiela released a statement. “I am super excited for this new chapter and grateful to Renzo for his belief in me and the vision for Maison Margiela,” said Galliano. The exact length of his extension is unclear, but it is expected to be at least several years.

In 2014, DM Fashion Book (known as donbleek.com back then) confirmed that the fashion designer was the new Creative Director at the upscale house, taking over the brand’s menswear, womenswear, and accessories and creating its Artisanal couture collection (see it here).

Under his tenure, revenues have doubled, according to the brand, with accessories making up 60% of the label’s total profits. “Five years ago I believed that John was the only person who could take this house in his hands, and I am even more convinced of this today,” said Rosso in a statement. “John’s undisputed talent is only matched by his understanding of today’s generations, their way of thinking, their struggles, their dreams. And he is doing exactly what this Maison always did at its best: disrupt, innovate, and inspire.”

When Galliano arrived as creative director, his first task was rebranding. Not only did he swiftly clip the brand’s name to Maison Margiela—leaving out “Martin,” the name of the brand’s illusive founder—but he also worked to reestablish himself as one of fashion’s great couturiers, coming back from a rehabilitation period that followed his dismissal from Christian Dior for racist and anti-Semitic remarks. Galliano’s return to the runways was an all-red couture collection shown in London that put his craftsmanship and flair for deconstruction on display. What followed since has been a blurring of gender lines, appraisal of historicism, and focus on remodeling tropes of fashion from the staid British trench to the strict nuns habit. Expect all this and more from Galliano at Margiela in the future.

While growing Diesel into a global sportswear brand over the years, Rosso has been building a diversified fashion group under OTB.

Rosso’s OTB swept in and bought a majority stake in Margiela in 2002, one of series of acquisitions aimed at building a multi-brand Italian group. In 2008, OTB acquired a majority stake in Viktor & Rolf and in 2012, the  conglomerate bought Marni, in 2015 taking full control of the brand, naming Francesco Risso creative director, after the exit of founder Consuelo Castiglioni in 2016 (see it here). Last June 2019, OTB brought a stake in Los Angeles – based luxury label Amiri (see it here). ← Previous Story After Not Being Able To Find A Buyer, Zac Posen Was Forced To Shutter Business
Next Story → Nike Will No Longer Sell Its Items Directly To Amazon, As It Looks To Revamp Its Retail Strategy By Selling Just To Its Customers