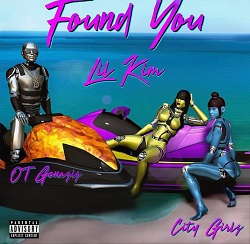 This honor is well deserved and long overdue, but I am glad that they’re giving Kim her flowers while she could smell them.

The Brooklyn rapper changed the landscape of hip hop, moved the culture forward and was instrumental in shaping the standard for current female rap.

She was discovered in the early 90s by the late great Notorious B.I.G. and he invited her to join his crew, Junior Mafia. She went on to pursue a solo career in 1996 and things went all the way up.

Her debut studio album Hard Core was certified Double Platinum and spawned three consecutive No. 1 rap hits: “No Time,” “Not Tonight (Ladies Night Remix),” and “Crush on You,” making Kim the first female rapper with three consecutive number-one singles on Billboard’s Rap Songs chart. Her following albums, The Notorious K.I.M. (2000) and La Bella Mafia (2003), were certified Platinum, making her one of the only female rappers to have at least three consecutive Platinum albums. She also scored a #1 Billboard Hot 100 hit with 2001’s “Lady Marmalade,” featuring Christina Aguilera, Pink, & Mýa.