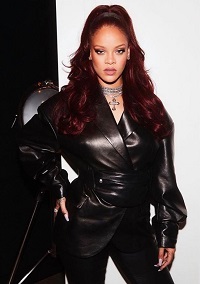 NEW YORK, UNITED STATES — The Rihanna‘s reign continues! She just won’t let up! Earlier today (September 16), it was announced that Rihanna has signed a worldwide deal with Sony/ATV Music Publishing, covering the pop superstar’s entire songwriting catalog plus future works. The agreement includes her Hot 100 top 10s “Love on the Brain” and “Needed Me,” as well as No. 1s “Rude Boy” and “Work,” her multi-platinum collaboration with Drake.

The Barbadian singer, who was previously signed to Warner Chappell, is the first superstar to follow executive Jon Platt to Sony/ATV since he took over as chairman/CEO in April. Platt had run Warner Chappell from 2015 through 2018.

“I’m proud to have known Rihanna since the beginning of her career,” said Platt in announcing the news. “Music, fashion, philanthropy and a heart of gold have solidified Rihanna’s position as one of the biggest icons in the world. It is an honor to be reunited with her at Sony/ATV.”

As the world’s richest female musician, Rihanna’s music career highlights include 14 Billboard Hot 100 No. 1s, seven RIAA-certified multi-platinum albums and nine Grammy Awards. Her last seven album releases have gone a combined 22-times platinum in the U.S., according to the RIAA, including her last effort, 2016’s Anti.

In addition to her nine Grammys, Rihanna has secured BET awards, 12 Billboard Music Awards, 13 American Music Awards and seven MTV Video Music Awards, as well as songwriter of the year at the 2017 BMI R&B/Hip-Hop Awards.

While Rihanna hasn’t released any new music since lending a verse to N.E.R.D.’s “Lemon” in 2018, the new Sony/ATV deal raises speculation that the Anti follow-up she’s teased for years could finally be on its way.