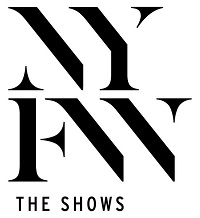 IMG’s lineup for New York Fashion Week kicks off on Sept. 4 with Tmall China Cool: Peacebird and it will sign off with Taoray Taoray on Sept. 11 at 9 p.m. Most of the 52 shows listed in the just-released IMG schedule will be at Spring Studios. But there will be off-site ones as well for Jason Wu, Christian Siriano, Helmut Lang and Rebecca Minkoff. Celebrity-attracting designers like Jeremy Scott are committed, as is Brandon Maxwell.

Prabal Gurung will celebrate his 10th anniversary with a Sept. 8 evening show at Spring Studios.

Pyer Moss’ Kerby Jean-Raymond will be back on the scene with a Sunday, Sept. 8, show at 9:30 p.m. Batsheva and Sies Marjan will be represented, as will Rag & Bone, 3.1 Phillip Lim, Libertine, Anna Sui, Chromat and Ryan Roche. The repeat performers will include Dennis Basso, Badgley Mischka, Elie Tahari and Naeem Khan. There will also be some designers returning to staging runway shows during New York Fashion Week, such as Tanya Taylor.

There will be a few internationally sourced shows including Concept Korea, Congo Fashion Week and the Global Fashion Collective. Parsons MFA students are rallying together for a show of their own  Sept. 4 at 10 a.m. and students from the Rhode Island School of Design will also be showing off their talents on Sept. 11 at 8 p.m. Trying to keep the momentum going behind its experiential events, IMG’s “NYFW:BTS” will continue for a second season.

Christian Siriano, LaQuan Smith, Kate Spade New York and Batsheva are also locked in for shows. Marchesa’s Georgina Chapman will be flying solo with private appointments on Sept. 11. This will be the first season since her partner Keren Craig exited the company.

Steven Kolb, president and chief executive officer of the CFDA, said, “I am excited for the strong September lineup which will continue to showcase and celebrate the creativity and diversity of American fashion.”

Jacobs will once again do the honors of closing out the spring season, by staging his show at 6 p.m. on Sept. 11.