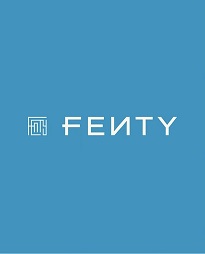 LVMH Confirms Luxury Label With Rihanna: She Is The 1st Woman To Create An Original Brand At LVMH And The First Woman Of Color At The Top Of An LVMH Maison PARIS, FRANCE — Earlier this year, DM Fashion Book exclusively reported that LVMH Moët Hennessy Louis Vuitton SE, better known as LVMH and Rihanna have been in secret talks to launch a luxury house under her name, according to multiple sources (see it here).

Rihanna will become the first woman to create an original brand at LVMH, the first woman of color at the top of an LVMH maison, and her line will be the first new house created by the group since Christian Lacroix in 1987.

The pop star and the French luxury giant issued a brief statement saying the new luxury maison would be based in Paris.

It will be “centered on Rihanna, developed by her, and takes shape with her vision in terms of ready-to-wear, shoes and accessories, including commerciality and communication of the brand.”

The release mentioned the collection would debut for spring 2019 retailing, but did not detail the distribution strategy or precise timing.

It is understood the products will be released in the coming weeks, mainly via digital channels. The statement spelled out a Web domain — Fenty.com — and revealed the logo.

The Fenty logo “Everybody knows Rihanna as a wonderful singer, but through our partnership at Fenty Beauty, I discovered a true entrepreneur, a real CEO and a terrific leader. She naturally finds her full place within LVMH. To support Rihanna to start up the Fenty Maison, we have built a talented and multicultural team supported by the group resources. I am proud that LVMH is leading this venture and wish it will be a great success,” said Bernard Arnault, chairman and chief executive officer of LVMH.

Rihanna said, “Designing a line like this with LVMH is an incredibly special moment for us. Mr. Arnault has given me a unique opportunity to develop a fashion house in the luxury sector, with no artistic limits. I couldn’t imagine a better partner both creatively and business-wise, and I’m ready for the world to see what we have built together.”

This marks the first time LVMH — whose forte is modernizing legacy brands like Dior, Louis Vuitton, Givenchy, Bulgari and Dom Perignon — has launched a fashion brand from scratch since it set up a couture house for Christian Lacroix in 1987.

Related ItemsBernard Arnaultdon bleekdonovanFentyluxury maisonLVMHLVMH Confirms Luxury Label With Rihanna: She Is The 1st Woman To Create An Original Brand At LVMH And The First Woman Of Color At The Top Of An LVMH MaisonLVMH maisonLVMH Moët Hennessy Louis Vuitton SERihannaVeronique Gebel