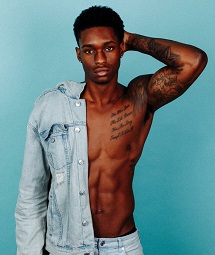 UNITED STATES — American fashion model Tynan Leachman, who hails from the Midwest continues to display his natural beauty and physique in photoshoots. He was lensed by Kevin Hartmann in his latest set of images.