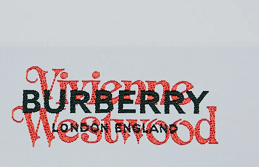 LONDON — Back in July, it was announced that British brand Burberry will do a collaboration with Vivienne Westwood.

The heritage fashion house just teased their upcoming collab with the British designer.

There’s a mini kilt and lace-up platforms in Burberry’s Vintage check, which should come as no surprise given both brands’ DNA.

“Vivienne was one of the first designers who made me dream to become a designer myself,” Tisci wrote on Instagram back in July. “I am so honored to announce a new Burberry collaboration with the original British Punk.”

Burberry said the capsule will feature reimagined iconic pieces from the brand’s vast archive and proceeds will be going toward Cool Earth, a nonprofit organization whose mission is to halt rainforest deforestation.

“When I first started at Burberry, I knew it would be the perfect opportunity to approach her to do something. She is a rebel, a punk and unrivaled in her unique representation of British style, which has inspired so many of us. I am so incredibly proud of what we will be creating together,” Tisci said.

The Vivienne Westwood x Burberry collection will be available online and in select stores globally beginning Dec. 6, Burberry confirmed, with more details to be announced closer to the launch.