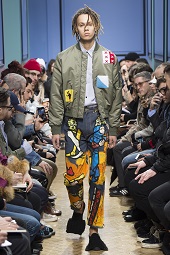 It was just announced that the designer has found his new chief executive officer at the flagship brand of LVMH.

In a release, Anderson said Jenny Galimberti, Louis Vuitton’s communications and events director, would take on the role of CEO.

The CEO role at London-based J.W. Anderson has been vacant since the end of last year, when Simon Whitehouse left his post after three years, citing personal reasons (see it here).

Galimberti joined Vuitton in 2015, helping shepherd the brand through a growth and modernization phase under chairman and CEO Michael Burke and Nicolas Ghesquière, artistic director of women’s collections.

During Galimberti’s tenure, Vuitton also welcomed Virgil Abloh as head of men’s design and Francesca Amfitheatr of as artistic director of watches and jewelry.

Born in Northern Ireland in 1984, Jonathan William Anderson is known for his provocative and androgynous designs. He studied men’s wear at the London College of Fashion, graduating in 2005, and launched his JW Anderson fashion label in 2008.

He also has been the creative director of Loewe since 2013, and recently extended his employment contract with the Madrid-based leather goods specialist, according to market sources. ← Previous Story Lawsuit: Etro Is Being Sued For Discrimination
Next Story → Rapper Jadakiss Draped In Gucci