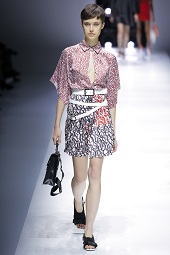 In the latest news, surrounding the struggling French house, Jean-Philippe Hecquet was just appointed chief executive officer, according to the house.

Hecquet said Lanvin’s rich heritage and unique DNA, “gives us a beautiful opportunity to breathe new life into the oldest and perhaps most revered of the French fashion houses.”

“Fashion is a continuous challenge,” he added. “I’m convinced that with a high-performing team and the strong support of Fosun Fashion Group we will make Lanvin beat again in the hearts of our customers.”

Before that, he spent eight years at Louis Vuitton, acting as country head in Canada, vice president of operations in North America, logistics and supply chain manager in Hawaii, and category manager in watches and jewelry in Paris.