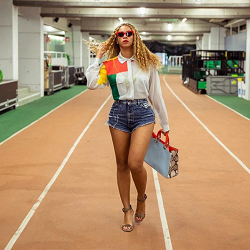 This will mark the singer’s fourth Vogue cover: aside from the Sept 2015 issue, Bey covered the magazine in April 2009 and March 2013, Vogue’s Power issue (see it here).

The Anna Wintour leaving Vogue rumors are still swirling around the media, publishing and fashion industries.

Reported DM Fashion Book back in April: Anna Wintour could be on her way out of Condé Nast (she serves as artistic director, overseeing all of the media company’s publications) and Vogue (she serves as editor-in-chief). Wintour — who became editor in chief of Vogue in 1988 — is to exit her all-powerful role at the publishing house this summer. The move would also allow Wintour, 68 — who has for three decades been fashion’s ultimate power broker — to step aside on a high after closing Vogue’s all-important September issue (see it here). Of course, Condé Nast has vehemently denied the rumors.