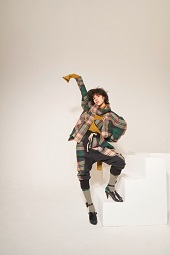 The British designer will present her runway show between noon and 2 p.m. on Sept. 6, the opening day of the seven-day season.

DM Fashion Book recently reported that Longchamp (see it here) and Escada (see it here) will present in New York this September. Rodarte is also returning to the New York fashion calendar after showing in Paris for the past few seasons (see it here), as well as Proenza Schouler (see it here).

“We are very happy to have major international players like Vivienne Westwood, Longchamp and Escada coming to New York. They are clearly interested in the huge market here. Though we know that nowadays brands bounce around, and show in different cities to reach different markets, which makes lots of sense. This all happened quite organically,” said Steven Kolb, the president of the Council of Fashion Designers of America, the governing body that oversees fashion in the USA and organizes the show calendar.

“I said at the time when they went to Paris, and this was seen as fashion’s big disaster story that they had left and that somehow New York was dead, that this was all about trying different business models. That’s why this is a nice homecoming,” added Kolb.

Though not listed on the official calendar, Tom Ford will kick off New York Fashion Week, with his women’s show on women’s show Wednesday, Sept. 5, at 8 p.m.

In other big news, Ralph Lauren will celebrate golden anniversary in September. The official celebration will be the evening of Sept. 7, during New York Fashion Week (see it here).

All told, there are 100 shows and presentations on the official schedule, climaxing with Marc Jacobs on Wednesday Sept. 12, evening. Meaning that for the first time in eons there will now be a gap day between the New York and London runway seasons.