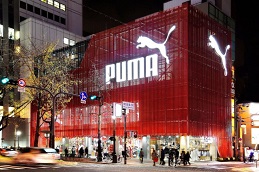 Kering Is Getting Rid Of Puma To Focus On Luxury Kering wants to focus on luxury. Yesterday Thursday (April 26), it was announced that Kering  won shareholders approval for the spin-off of the bulk of its shares in Puma.

Speaking before an audience of shareholders that gathered for the annual meeting in an arched corridor of the group’s historic headquarters, Palus summed up the transition:

“In 10 years we have radically changed the nature of the group and we are prepared for the challenges of luxury in the future.”

Kering earlier this week defied expectations with a 36.5 percent sales rise over the first quarter, excluding the effect of currency fluctuations, spurred on by its star brand Gucci. The Italian fashion label has clocked five quarters in a row of growth exceeding 35 percent.

“You see, we are close to reaching our transformation into a pure luxury player, I would even say one of the most pure luxury players,” said chief executive officer François-Henri Pinault, shortly before the vote.

Following the transaction, the bulk of Kering’s Puma stake will be distributed to Kering shareholders, with the Pinault family’s private investment arm Artémis holding a 29 percent stake in the sportswear company. Kering will retain a 16 percent stake and 55 percent will be free float, an amount that Puma chief executive officer Bjørn Gulden earlier this week said was a “healthy mix,” explaining that the larger float has attracted more interest from institutional investors.