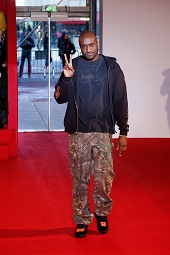 This past Monday we posted that Belgian fashion designer Kris Van Assche was leaving Dior Homme and will take up a new assignment within the LVMH Group (see it here). In that same post, we announced that “Kim Jones will take up the plum design role.” A couple hours later, Dior officially confirmed our initial announcement (see it here).

A successor for Jones at Louis Vuitton has yet to be announced. However, we could exclusively confirm that LVMH Moët Hennessy Louis Vuitton SE has held discussions with Off White’s Virgil Abloh to become Louis Vuitton’s Men’s artistic director.

The house has also held discussions with Lanvin’s Lucas Ossendrijver and candidates put forth by Nicolas Ghesquière, Vuitton’s artistic director of women’s collections.

On another note, Abloh isn’t a stranger to the rumor mill. Last summer 2017, it was falsely reported that Abloh was in the process of “signing a deal” to take the helm of Versace. However, it’s fake news! A spokesman for the Milan-based fashion house has vehemently denied the reports. “This is categorically a lie. Nothing similar is happening,” the spokesperson for  the iconic house said (see it here).

The streetwear designer, who Off-White label is based in Milan, was rumored to be running to replace Riccardo Tisci at Givenchy. However, the house also denied mounting speculation that it had held talks with Abloh to take over as creative director of the brand (see it here). The position has since been handed to former Chloe creative director Clare Waight Keller (see it here).