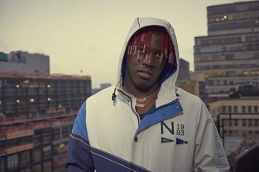 UNITED STATES, NEW YORK — American worldwide apparel and footwear company VF Corp. which owns Nautica (the clothing giant also owns North Face, Vans and Wrangler) recently announced that it was scrapping Nautica from its portfolio. The company reclassified the business as “discontinued operations” last quarter, though it hopes to find a buyer for the division.

A lot of people who were raised in the 90s are very familiar with the label. Nautica was known for its bright colors and yacht lifestyles. Back then, most of the brand’s pieces featured prominent logos and were oversized. The clothing line was embraced by people in the inner cities across the states, as well as Hip-Hop and R&B artists.

Rapper Lil Yachty tried to help rekindle Nautica’s appeal last year by unveiling a collection for the label (see it here), but it wasn’t enough to turn around the business. The brand might not be doing so good because in recent years, shoppers have shifted to luxury wear, fast fashion and upstart brands.

VF is in active talks with several potential buyers to sell Nautica, though a final agreement hasn’t been reached, Chief Executive Officer Steve Rendle said on Friday. The announcement came as part of a disappointing earnings report that sent VF shares on their worst rout in more than two years.

The company revamped Nautica’s leadership team last year, but sales have continued to suffer. The brand produced a net loss in 2017 of $95.2 million, and VF will report $130.2 million in writedowns to account for Nautica’s lost value.

“Nautica’s not gone — it’s up for sale,” Rendle said in an interview. “Maybe a better owner can help it achieve its full potential.”