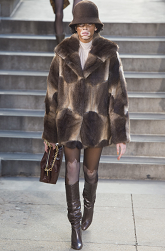 Marc Jacobs Will Show At NYFW; Is Not Stepping Back From His Namesake Brand Back in May 2017, DM Fashion Book reported that American fashion designer Marc Jacobs reduced his European staff, according to sources. The luxury house will operate in a “fully integrated manner” out of New York (see it here).

As part of its ongoing restructuring efforts, Marc Jacobs International is said to have laid off the majority of its European staff, based in Paris.

It was also announced back in May 2017 that Marc Jacobs chief executive Sebastian Suhl would be exiting the company.

In the beginning of this year, Bernard Arnault, chief executive of luxury conglomerate LVMH Moët Hennessy Louis Vuitton, majority owner of the brand, had said on an earnings call with investors that he was “more concerned about Marc Jacobs than the US president.”

July 2017, we published a story on our website, saying according to BoF, “several sources close to the brand — including current and former employees — are saying that Jacobs may step back from his day-to-day design role or leave the business entirely. Two scenarios have emerged: the company could either hire a creative leader under Jacobs who manages the design team so that he is able to relinquish some of his responsibilities or else Jacobs could leave the company altogether. Either way, sources say Jacobs was unhappy with the brand’s reorganisation under Suhl.” (see it here).

In the latest news, Marc Jacobs dismissed a rumor circulating in fashion that he would cancel his spring 2018 show. He is having a show in September. Jacobs is also not stepping back from his namesake brand.

The designer told WWD definitively that “there is no truth” to speculation that he may exit his company, or that his spring 2018 show, on the New York Fashion Week calendar for Sept. 13 at 6 p.m., will be canceled. While in the past he has shown on Thursday, Jacobs moved his show up by a day to facilitate tightening the NYFW schedule.

Back in February, Marc Jacobs presented its Fall 2017 Ready-To-Wear runway show at Park Avenue Armory during New York Fashion Week (see it here). In June of 2015, we reported that Marc Jacobs has officially closed his Collection store in Paris‘ Palais Royal, after nine years (see it here), In March of 2015, Marc Jacobs‘ Marc by Marc Jacobs label discontinued, and that collection were folded into the primary Marc Jacobs line (read it here) and industry veteran Iana dos Reis Nunes has been tapped as Marc Jacobs‘ new Global Head Of Communications (see it here). Related Itemsdon bleekdonovanMarc JacobsMarc Jacobs Will Show At NYFW; Is Not Stepping Back From His Namesake BrandNew York Fashion WeekNYFW