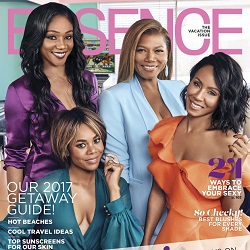 Time Inc. Puts Essence & Several Other Magazines Up for Sale Last month, Time Inc. cut 300 jobs. It is now being reported that the New York-based publisher is looking to sell a majority stake in Essence, the African-American media brand.

“Our plan is to retain a stake in Essence, working with the right partner to accelerate the brand’s growth,” a spokesman said, citing the title’s live events business and social reach, among other things.

According to WWD, “The move comes after Time Inc. had entertained offers for the sale of the entire company earlier this year. After months of speculation over a possible sale, Time Inc. finally called off the process in April. During that period, Time Inc.’s shares had been trading at around $18 each and possible bidders were said to have included a group led by Jahm Najafi, chief executive officer of the Phoenix-based investment firm Najafi Cos.; private-equity company Pamplona Capital Management, and media group Meredith Corp. — long rumored to be the most likely suitor. According to reports, Time Inc. rejected a takeover bid from Edgar Bronfman Jr. and Ynon Kreizthat valued the company in the $18 to $20 a share range, or at around $1.8 billion.”

“When the company rolled out its new strategic plan in June, president and ceo Rich Battista told WWD that there would no longer be any “people”-focused cost cuts and, instead, it would consider offers for individual titles.”

“Although there has not been any word of bids, there has been some buzz about potential suitors such as Meredith and Hearst. Insiders mused that private equity firm Clear View Group, which owns Ebony and Jet, could make a play for Essence, while regional magazine Garden & Gun could make a run at Sunset.”