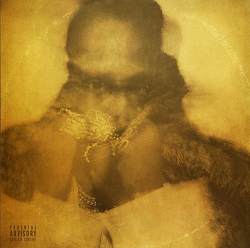 Earlier in the week, DM Fashion Book announced that Atlanta rapper Future will release his new self-titled album tomorrow Friday Feb. 17 (see it here). However, the album is already out in various international markets as of today Thursday (Feb. 16).

The 17-track album is lead the by single, “Poppin Tags” and features all new tracks with no additional guest features.

In support of the Future LP, the chart-topping rapper will serve as musical guest on The Tonight Show Starring Jimmy Fallon next week on Feb. 21.

Future also announced that he will be heading out on a North American tour this spring. The Nobody Safe Tour will kick off on May 4 at the FedEx Forum in Memphis and will run through June 30. The tour will include Migos, Tory Lanez, and Kodak Black as well as Young Thug and A$AP Ferg for select dates. You can watch a trailer for the tour below and check out a list of Future’s tour dates here.

Ahead of the album, Future unleashed “Night Visions Ep. 1,” a candid look inside his studio. Check out the debut episode and see the full tracklisting below.