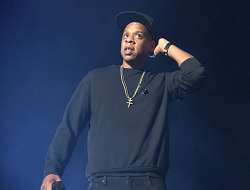 Sprint Purchases 33% Stake In Jay Z’s Tidal For $200 Million; Is He On The Way To Becoming A Billionaire? Mogul Jay Z is on the way to becoming one of Hip-Hop‘s first billionaire.

A source familiar with the matter tells Billboard that the purchase was for $200 million and that Jay and each of the company’s two dozen artist-owners will remain part owners. The Jay Z-controlled company is valued at about $600 million.

As part of the deal, Tidal will become available to Sprint‘s 45 million retail customers, including pre-paid users, while the companies will partner for exclusives from its artists, according to a press release. Sprint CEO Marcelo Claure joins Tidal‘s board of directors.

“Jay saw not only a business need, but a cultural one, and put his heart and grit into building TIDAL into a world-class music streaming platform that is unrivaled in quality and content,” Claure said in a statement. “The passion and dedication that these artist-owners bring to fans will enable Sprint to offer new and existing customers access to exclusive content and entertainment experiences in a way no other service can.”

Another aspect of the partnership includes the creation of a “dedicated marketing fund,” which a source says will have an annual budget of $75 million solely for the artist initiatives and exclusives. For those who already subscribe to Tidal, estimated to be around one million people, there will be no change in the existing service.

“Sprint shares our view of revolutionizing the creative industry to allow artists to connect directly with their fans and reach their fullest, shared potential,” said Jay Z in a statement. “Marcelo understood our goal right away and together we are excited to bring Sprint’s 45 million customers an unmatched entertainment experience.”

In just over a year, Tidal has launched new albums from the likes of Rihanna, Kanye West and Beyoncé, as well as new songs, remixes, playlists, concerts and music videos from those artists and many others. The ability to watch or listen to these exclusives are limited to paying subscribers, as Tidal doesn’t have a free tier.

Jay Z, who was born in Marcy Houses (Projects) created his own label, Roc-A-Fella Records with former business partners Dame Dash and Kareem Burke in 1995, the clothing brand Roca Wear, the Roc Nation Entertainment/Sports companies, has an investment in NYC restaurants Spotted Pig and the John Dory Oyster bar, as well as champagne Armand de Brignac and D’Usse Cognac.

He earned $501.5 million over the past ten years–before taxes and spending–according to Fobres‘ Hip-Hop Cash Kings estimates. After selling a stake in Tidal, does this means that Jay is on the way to becoming one of Hip-Hop‘s first billionaires? It’s very possible, but Dr. Dre, who earned $923 million pretax in the last 10 years, is in the lead. While Jay currently sits at #2, Diddy, who lands third on the highest-earning rappers of the last 10 years, hauled in $435 million in that period.

Jay Z has come a long way from the Bed-Stuy section of the rough streets of Brooklyn.

Do you think Dre Dre, Jay Z and Diddy will reach billionaire status?

Related Itemsdon bleekdonovanJay-ZSprintSprint Purchases 33% Stake In Jay Z's Tidal For $200 Million; Is He On The Way To Becoming A Billionaire?TIDAL