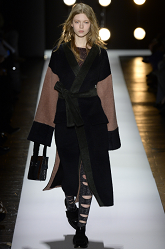 End Of An Era? BCBG Max Azria To Shutter Stores And Restructure As “Online Shift” Is it the end of an era for BCBG Max Azria?

The brand which was founded in Los Angeles by Tunisian fashion designer Max Azria will shutter stores and restructure as “online shift”.  The chain has operated more than 570 boutiques worldwide, including more than 175 in the U.S.

The fashion house plans to reduce its focus on brick-and-mortar shops, concentrating instead on licensing, e-Commerce and selling through other retailers.

According to BoF, “BCBG Max Azria Group Inc., is looking to close stores and restructure as the company copes with a debt burden and a shift of many consumers online.”

“The chain plans to reduce its focus on brick-and-mortar shops, concentrating instead on licensing, e-commerce and selling through other retailers,” according to Seth Lubove, a spokesman for BCBG at Sitrick & Co.

BCBG has “too large a physical retail footprint,” Lubove said in an e-mailed statement. “In order to remain viable, the company — like so many others in its industry — must realign its business to effectively compete in today’s shopping environment.”

“The Vernon, California-based company has laid off 123 people in recent months,” according to a filing with the state’s Employment Development Department.

“BCBG has hired AlixPartners LP to help restructure its debt load, ideally while staying out of bankruptcy court, according to people familiar with the situation. In stepping into the role, the advisory firm replaces Berkeley Research Group, the people said. Representatives for AlixPartners and BRG declined to comment.”

“BCBG is facing a cash crunch, but it does not see bankruptcy as an imminent risk, said one of the people. Though the company is exploring its options, there is no attempt underway to sell the business,” the person said.