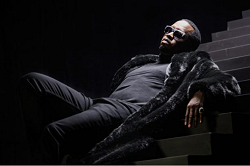 In 1998, people laughed when Puff Daddy launched a fashion line, then his Sean John label changed the industry. Almost 20 years later, Global Brands Groups Holding Ltd. acquired a majority stake in the American-based brand. Founder Sean “Puff Daddy“ Combs will retain a minority stake and continue to be involved in the marketing for the 18-year-old brand.

According to WWD, “Sean John, which has annual retail sales of around $450 million, as well as the smaller Enyce brand, will become part of CAA-GBG Global Brand Management Group, a division that involves a number of celebrity labels including Jennifer Lopez, Eva Longoria and the Bob Marley Estate, as well as Coca-Cola, Jeep and Hershey’s.“

“Combs will retain a minority interest — believed to be around 20 percent — and will continue to be involved in the marketing and promotion of the Sean John brand. Jeff Tweedy, Sean John’s longtime president, will remain in his position, and the brand’s current roster of licenses — as well as its exclusive relationship with Macy’s for the sportswear line — will also continue.”

“When we started Sean John, it was my dream to build it into an aspirational brand for the young consumer,” said Combs, chief executive officer of Sean John and chairman of Combs Enterprises. “Our new partnership with CAA-GBG provides us the opportunity to reach the Millennial customer on a global level, fulfilling its true potential.”

“Two years ago, Combs and Tweedy set plans in motion to build the Sean John label into a $1 billion business, one that would include expansion internationally along with retail stores and the move into more categories. The brand operates under a completely licensed model and currently offers products in 18 categories including suits, dress shirts, ties, underwear, outerwear, fragrance, footwear, watches and boys’ and girls’ apparel, in addition to the sportswear.” The sportswear represents about half of all sales, Tweedy said, with the other categories making up the remainder.

“However, going head to head with such powerhouse labels as PVH’s Calvin Klein as well as the Polo and Denim & Supply Co. divisions of Ralph Lauren Corp., was hard for the privately held company,” Tweedy admitted.

“At Macy’s, those are the brands we sit next to,” he said. “And it’s very difficult to compete against PVH or Ralph Lauren without a strong public parent. So when Puffy and I looked at it, we knew it was time to bring on a partner.”

Jason Rabin, president of North America and chief merchandising officer of Global Brands Group Holding, said his company has been working with Sean John for many years — it holds the sportswear license — “and we felt we have a very strong relationship. They wanted a stronger partner so we invested. We feel the brand has a lot of opportunity, not just in the U.S., but globally.”

Unlike many celebrity brands, Sean John has had a long run and will celebrate its 20th anniversary in 2018. “Most critics said we would be done 17 years ago,” Tweedy said, “but we’ve continued to build a true lifestyle brand. People use that word a lot today but when we sat down years ago, that’s what we set out to do.”

Combs added, “Sean John has always had a point of view and a strong sense of purpose. When I think about the whole journey, it truly was a fashion revolution from how things were then and to see the impact we had on style. We made sure we stayed true to our vision, presenting great designs and offering the highest-quality product. And over the past two decades we have grown along with our customer, always making sure to reflect the passion, diversity and aspirational nature of young people.”