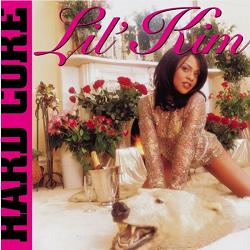 On this day (November 12) in 1996, Lil Kim released her debut album, Hard Core. She changed the game with her first ever solo LP. The Brooklyn-native dismantled Hip-Hop‘s hyper masculinity with her sexually explicit lyrics, uncensored songs, and raunchy style.

Kim wasn’t afraid to rap about sex and being a bad bitch. She spitted sexual lyrics on the album, just like her mentor and ex-boyfriend, Biggie Smalls taught her. Lil Kim was as raw as they came back then, sexually provocative and a bad bitch to the fullest. She broke barrier for women in the entertainment industry everywhere.

On “Big Momma Thang” Ft. Jay Z, Kim took giving oral sex to a new level — “I used to be scared of the dick, now I throw lips to the shit/Handle it like a real bitch,” she rapped, On the Puff Daddy assisted “No Time,” Kim rapped more sexual about sucking dick — “Now watch mama, go up and down dick to jaw crazy/Uhh! Say my name baby (okay)/before you nut, I’mma dribble down your butt cheeks/make you wiggle, then giggle just a little/I’m drinkin babies,” took famous dudes to bed on “Dreams” — “R. Kelly you think you ballin’ but your body’s callin’/ Free fallin’ and you roll in fuck the bumpin’ and grindin’/Have you jumpin’ and whinin’ while I’m climbin’/I be doing groups like Troop Body rockin H-Town or Horace Brown/Watch out now/Babyface can pay the rent and cook me five meals/But momma got the whip appeal/What the deal on that Prince cat/He be lookin’ fruity but you still can eat the booty,” and repped the streets of Brooklyn on “Fuck You” — “Ain’t scared to bust my pistol, sippin hard on Cristal“. Remember, on the album’s third track, Kim let it be known that she had “No Time” for fake ones?

With features from Biggie Smalls, Puff Daddy, and Junior Mafia, and production by Jermaine Dupri, Stevie J and Stretch Armstrong, Hard Core went straight to the Billboard charts. The album debuted at number 11 on the US Billboard 200, and number 3 on the Billboard‘s Top R&B Albums, and reached the top ten on the Canadian Album Charts. The classic album was certified double platinum by the RIAA in the United States, and has sold over 6 million copies worldwide.

Lil Kim is one of the most influential female emcees ever. There’s no female rapper out today, who can’t say she wasn’t influenced by Lil Kim.

Outside of music, the Grammy Award winning artist was a fashion icon. Wearing upscale designers head-to-toe, covered in full length fur coats, draped in diamonds, sipping the finest champagne in videos is Lil Kim. She started those trends! Biggie Smalls‘ protégé brought luxury fashion to Hip-Hop in the mid-90s. Her expensive ensembles turned heads, but her luxurious approach to fashion also made her a designer muse. Until this day, Lil Kim is still good friends with Marc Jacobs. The late great Alexander McQueen used to take her to Milan, Cannes and Paris as his date to Fashion Week. Marc Jacobs, Donatella Versace and Giorgio Armani all demanded to dress the iconic rapper. Her mixed street culture and luxury fashion was “Ghetto fabulous“.

20 years later, she continues to set trends. I checked hundreds of legendary Lil Kim looks and selected some that really epitomize her status as a fashion icon. Let’s take a look at some of Lil Kim‘s most stylish looks.