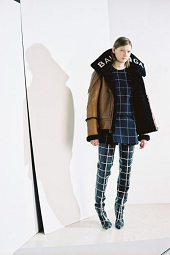 Kering SA-owned brand Balenciaga has appointed Cédric Charbit as its new CEO. The former product and marketing executive at Yves Saint Laurent will take over Isabelle Guichot‘s role, who held the position for nine years and will take on new responsibilities with Kering, the Paris-based parent said today.

For Balenciaga, the appointment marks a further change at the top for a brand that was founded by Cristobal Balenciaga in 1919 and acquired by Kering in 2001. Last fall, we reported that Vêtements‘ Demna Gvasaliais is Alexander Wang’s successor at Balenciaga (see it here).

Charbit joined Saint Laurent in 2012 and earlier this year took on the role of executive vice president of product and marketing. At Balenciaga, he will be tasked with accelerating the brand’s international growth, Kering said in a statement.