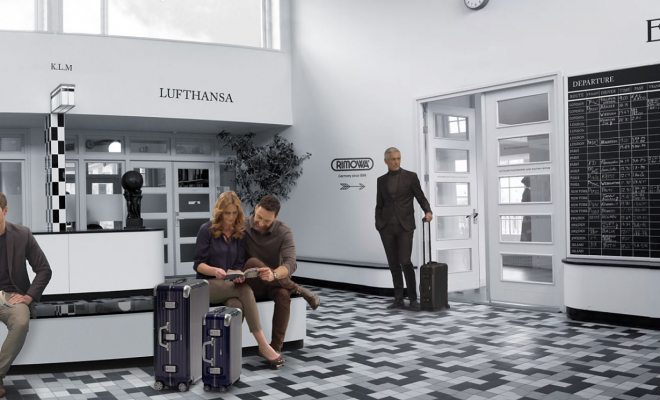 LVMH Moët Hennessy Louis Vuitton is adding another luxury good to their forever growing multi-billion-dollar resume.  The French multinational luxury goods conglomerate is buying an 80% stake of Germany‘s Rimowa from Dieter Morszeck, the grandson of the founder. Rimowa‘s sales are expected to exceed 400 million euros this year.

According to BoF, “LVMH agreed to take over suitcase maker Rimowa for €640 million ($716 million) and will put Alexandre Arnault in charge of the group’s first German asset, a sign that Bernard Arnault is expanding his offspring’s role in the luxury empire.”

“Morszeck will run the Cologne-based business alongside 24-year-old Alexandre Arnault, who gets his first big job at his father’s group. The acquisition is LVMH’s biggest since the 2013 purchase of cashmere maker Loro Piana.”

“Rimowa’s ribbed aluminium suitcases, a common sight in airport security lines, are owned by celebrities including Will.i.am and Gwyneth Paltrow. Selling for as little as $400, the cases are less of a luxury than LVMH’s Louis Vuitton, whose trunks typically cost thousands of dollars.”

Founded in 1898, Rimowa’s growth has outpaced the broader luggage market’s 5 percent expansion over the past five years, an LVMH spokesman said. For LVMH, the acquisition will add annual revenue of about €400 million.

LVMH said the deal between the two companies is expected to be complete in January next year.

“Rimowa is a brand with a unique heritage. We share with Dieter Morszeck the same passion for innovation and a common desire to offer high quality products from a European tradition of craftsmanship,” said LVMH chairman Bernard Arnault in a statement.