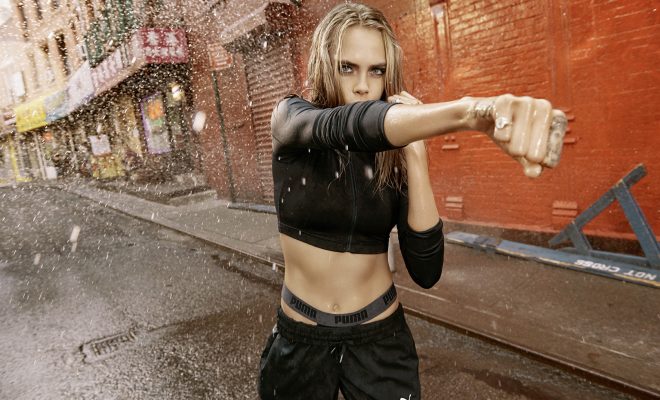 Cara Delevingne Stars In New “Do You” Puma Campaign The British model took to Instagram and shared how excited and honored she was to be the clothing company’s latest female ambassador: “The only way to be you is to #DoYou!! So honored and pleased to launch the new #PUMAWomen campaign with @puma“.

In a press release, she said, “To ‘DO YOU’ is to take ownership of yourself and finding the power within that ownership —it’s a very powerful statement. It’s about accepting who you are, no matter your faults. ‘DO YOU’ is about finding your truth and sticking to it. I think it’s so special because it means something different for everyone. It specifically encourages people to be themselves.”

The campaign was shot in the streets of NYC. Yesterday, donbleek.com officially confirmed that Riri is headed to the French capital. Her Fenty x Puma By Rihanna Collection show will be stream live from Paris, where the Roc Nation singer has schedule two evening presentations on September 28 at 7:30 and 8:30 p.m. CET (see it here).