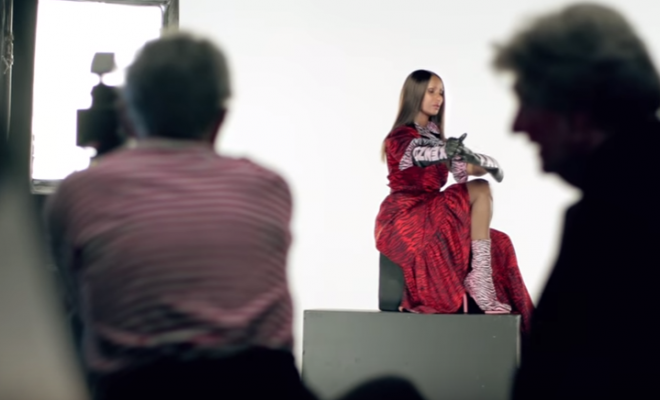 Every holiday, H & M Hennes & Mauritz AB (H&M) does a collaboration with a luxury fashion house. Last year it was Olivier Rousteing‘s House of Balmain. Alexander Wang, Karl Lagerfeld, Donatella Versace and Stella McCartney have all collaborated with H&M in the past.

This past May, donbleek.com reported that the Swedish retailer announced a holiday collaboration with French luxury house Kenzo (see it here). Back in July, we posted a first look at the collection (see it here).

Today, Hennes & Mauritz AB said it has tapped Jean-Paul Goude to shoot the advertising campaign for its upcoming collaboration with Kenzo. The photographer worked with Kenzo‘s creative directors Humberto Leon and Carol Lim — he shot the brand’s fall 2012 and spring 2013 campaigns and he regularly attends the duo’s shows in Paris.

“We love to work with our idols, and Jean-Paul Goude is a true icon. His images for Kenzo x H&M are incredible, and capture the personality, positivity and freedom of the collection,” Leon and Lim said in a joint statement.

“Working with H&M and Carol and Humberto on the Kenzo x H&M campaign is a real adventure,” said Goude. “I love the attitude that they have brought to the collection, and their youth, energy, fun and style.”

The Swedish based brand has yet to release Goude’s campaign images, but provided a video of the shoot in which the photographer explains that the concept for the ads was based on the photomontage technique he coined in the Seventies and dubbed “French Correction.”

The capsule collection will hit  250 selected H&M stores worldwide, as well as online on November 3.