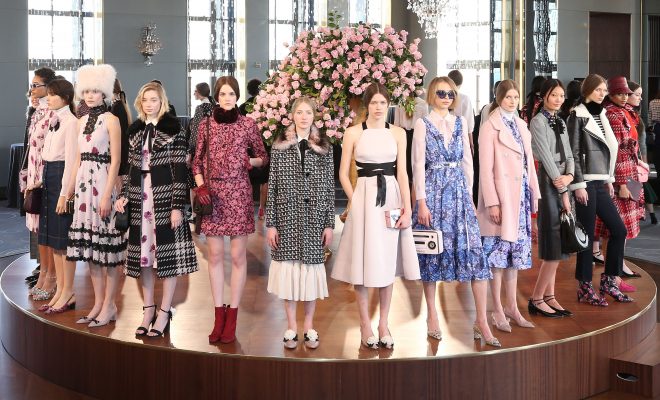 Last week, donbleek.com reported that American fashion designer Derek Lam has vacated his normally Sunday at noon time slot at New York Fashion Week – and the runway altogether. Instead, he will present on September 14 at the Greenwich Hotel (see it here).

It seems like Kate Spade and Diane von Furstenberg are following in Lam‘s footsteps.

According to Fashionista, Kate Spade “is sitting out the spring 2017 fashion calendar, presenting the season’s collection only to long-lead press via private appointments. It’s part of a plan for Kate Spade to better align itself with the consumer calendar; the brand may to return to the New York Fashion Week schedule in February with another big party — where that same spring 2017 collection will be on view.”

“We pride ourselves on always giving our customer what she wants, when she wants it. In our continued dialogue with our customer, we know the way she shops has changed,” chief creative officer Deborah Lloyd says in a statement to Fashionista. “We’re always looking for new ways to bring her joy, ideally through experiencing the world of Kate Spade New York in the right way, at the right time – and that remains a focal point now and into next year.”

“CFDA President Diane von Furstenberg, too, will forgo a fashion show after switching to a presentation format for fall 2016. While the brand was unable to comment on the change, invites to see the spring 2017 collection specify that showings of the collection are by appointment only.”

“Maiyet is also making the switch to private appointments after showing on the runway for the past several seasons.”