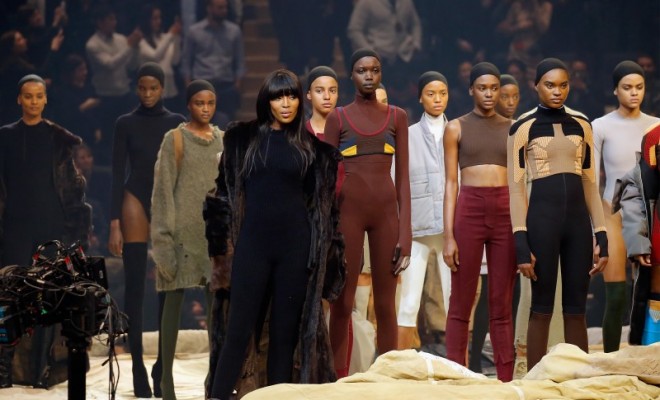 E! is returning to New York Fashion Week and the network’s coverage will include the Yeezy Season 4 show and an exclusive reveal of the Tommy x Gigi collection.

E! is returning as the official media partner of NYFW: The Shows and providing viewers with extensive coverage on E! News starting September 8 at 7 p.m. and 11 p.m. ET/PT.

According to the Hollywood Reporter, “The E! News coverage will include a walk through with Gigi Hadid and Tommy Hilfiger detailing their Tommy x Gigi collaboration, which will debut Sept. 10. The network will also conduct a Facebook Live with the supermodel as she discusses the looks.”

“In addition to coverage of highly-anticipated shows, including Yeezy Season 4 and Tom Ford, as well as the Harper’s Bazaar Icons event and Cartier Fifth Avenue mansion unveiling party, E! News will show a day-in-the-life diary of model Ireland Baldwin (daughter of Alec Baldwin and Kim Basinger) as she walks the runways and attends the must-see events.”

There will also be a one-hour special of the Macy’s Presents: Fashion’s Front Row, runway and music performance spectacle, on Thursday, Sept. 15 at 8 p.m. ET/PT. Ariana Grande and Flo Rida are among the performers who will hit the stage at The Theater at Madison Square Garden. ← Previous Story Kate Spade And Diane von Furstenberg Will Not Present A Runway Show At New York Fashion Week
Next Story → Fashion News: Rihanna Will Appear At Bergdorf Goodman And Six:02 During NYFW