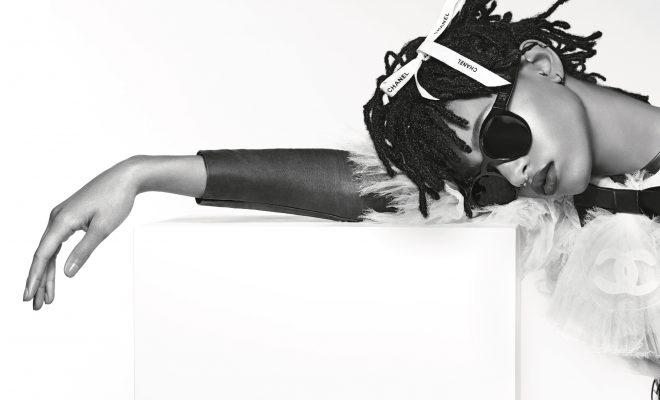 Back in June, donbleek.com reported that Karl Lagerfeld has tapped Will and Jada Pickett Smith‘s daughter, Will Smith to front his Chanel Eyewear Campaign (see it here).

“Willow Smith is the embodiment of her generation’s spirit,” said Chanel in a statement. “With characteristic natural poise, the young trendsetter was instantly at ease in front of the designer’s camera. Willow Smith’s look and charisma are compelling in this black and white campaign with its minimal backdrop. Swathed in jewels from the Fall-Winter 2016 Ready-to-Wear collection, she breathes new energy into the world of Chanel eyewear.”

Smith is no stranger to the fashion industry, she covered the May 2016 issue of Teen Vogue, was the face of Marc Jacob’s Fall/Winter 2015 campaign, covered i-D‘s magazine Pre Fall 2015 issue and recently signed with Major Modeling Agency.