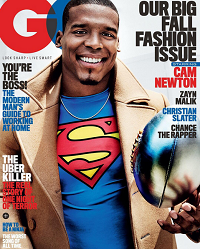 It’s that time of year again, everyone. September issue season is here and magazines are putting some of the best in modeling, fashion, sports and entertainment on their covers.

Head over to GQ to read the cover story in its entity.