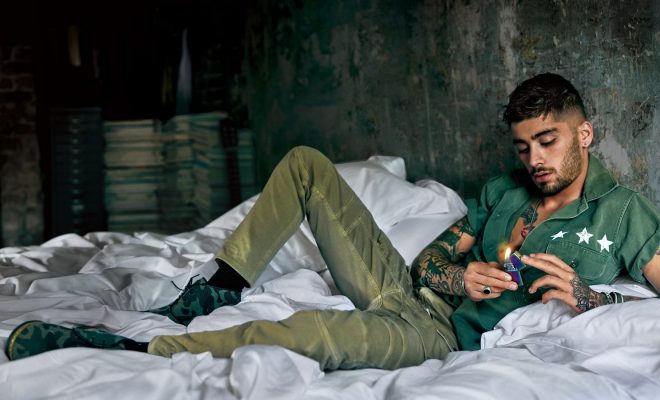 Zayn Malik For GQ Magazine; He Will Release A Collection With Giuseppe Zanotti Next Year A couple of weeks ago, donbleek.com reported that international pop star and actress Jennifer Lopez and Italian shoe and fashion designer Giuseppe Zanotti are collaborating on a shoe collection (see it here). On the heels of the announcement, it looks like Giuseppe is collaborating with another fashionable celeb.

Zayn Malik announced in his interview with GQ that he has a collaboration with Giuseppe Zanotti, which will be available in 2017. Below is an excerpt from the interview about his collaboration.

“His other, newer, and more ambitious fashion project is footwear. He loves biker boots so much he made a pair with Italian designer Giuseppe Zanotti, a similarly edgy dude he fell into natural partnership with at Paris Fashion Week last year. “Style is not being afraid to be bold about some things, or to say what it is you have to say,” Zayn says. “I feel like Giuseppe does that with his collection—and I try to do that with my music. So it kind of works.”

Since leaving One Direction, Zayn Malik has turned into a fashion trendsetter. I love how he used fashion to revamped his image. He will join Beyonce, Kid Cudi and Kanye West, as music artists to collaborate with Giuseppe Zanotti.

Head over to GQ to read the article in its entity.