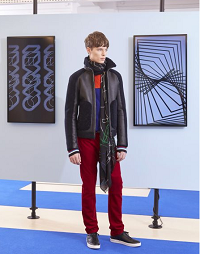 This past May, Hong Kong and China distributor the Bluebell Group acquired Paris-based brand Carven. The majority shareholder has now announced some major changes in strategy, starting with suspending their men’s line and parting ways with its menswear artistic director Barnabé Hardy.

Hardy is scheduled to exit the brand before next month. His last collection was presented back in June, in Paris.

Carven launched its men’s line in 2011 under the previous artistic director, Guillaume Henry, during a special event at Pitti Uomo.

“The creative input of Barnabé Hardy has contributed to the line’s success,” according to the statement.

These changes are raising a lot of questions: does the majority shareholder wants to clean house, cut costs and scale back investments in a difficult time for the luxury market?

No additional details were disclosed about the new Carven strategy. Stay tuned to donbleek.com as this story develops!