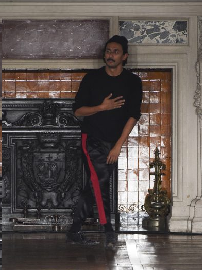 Is Haider Ackermann Headed To Berluti? A few days after reporting our originally story, we confirmed that Sartori was going back to Ermenegildo Zegna (see it here). He was appointed to the newly-created position of artistic director of the family-run Italian luxury giant, with responsibility across all Zegna brands and all creative functions.

Sources are now saying that Paris-based designer Haider Ackermann is about to be Berluti‘s new creative director. The brand is “zeroing in on a contract with Ackermann.”

Haider Ackermann created his namesake label in 2001, selling women’s ready-to-wear and menswear. His creations have been worn by Ciara, Kanye West, Janet Jackson, Victoria Beckham, and others.