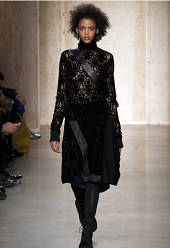 In 2014, donbleek.com first reported that American fashion designer Donna Karan closed the doors to her New York flagship store (see it here). Numerous outlets and industry insiders reported that the store closure could be due to a slowdown in demand for the Donna Karen New York Collection label, which has lost some of its luster since being acquired by LVMH in 2001.

In July 2015, Donna Karan stepped down as chief designer of Donna Karan International to devote greater time to her Urban Zen Company and Urban Zen Foundation, (see it here). However she remained a close adviser to DKI under a long-term agreement, according to the company. Urban Zen is a stand-alone company owned by Karan herself.

It is being reported that LVMH Louis Vuitton Moët Hennessy, owner Of DKNY  and DKI is trying to sell the New York-based company.

The French luxury conglomerate, which also owns Givenchy, Celine, Loewe, Louis Vuitton, Dior, Marc Jacobs, Nicholas Kirkwood, Emilio Pucci, Kenzo and more “has decided to sell both DKNY and DKI,” according to Page Six. The publication was “told the company is targeting a single, specific American buyer, rather than putting it out to multiple bidders.”

“Negotiations are said to be ongoing, but a price has not yet been agreed.”

“Donna Karan and DKNY was a mega brand in the US, but all the things [LVMH] has done to change it and take it forward just haven’t worked,” said an insider, “The word is that they have a buyer in mind and have approached a US company to buy the brand, but it is not yet clear if the deal is going forward.”