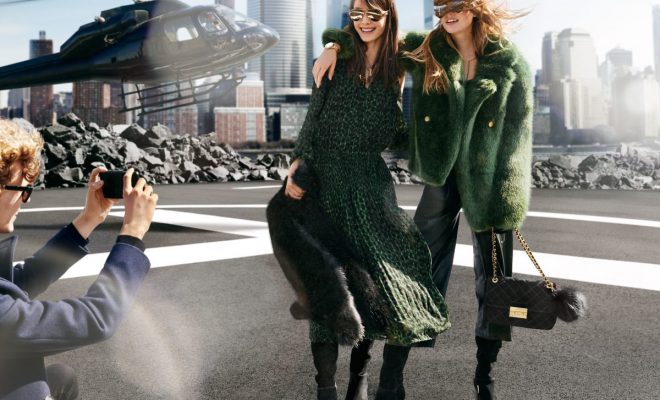 “This season, we’re throwing out the rulebook,” said Michael Kors in a statement. “From flirty feathers to textural tweeds, it’s all about individual style and clothes with personality.”

The campaign will run in the fall issues of Vogue, Vanity Fair, Harper’s Bazaar, and Le Figaro.