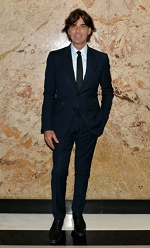 We could now put all the rumors and speculations to rest! Former Gucci CEO Patrizio di Marco has joined the board of Dolce & Gabbana.

Last February, donbleek.com reported that the former chairman and chief executive officer of Gucci was headed to Dolce & Gabbana. Back then, market sources said di Marco “is set to join the Italian fashion group [Dolce & Gabbana], after honoring his one-year noncompete agreement,” (see it here).

A few weeks after reporting our original story, we followed-up and said, that “di Marco was joining the board of Dolce & Gabbana and could start his new position at the Italian luxury house as early as next March 2016,” according to people familiar with the situation (see it here).

Then this past April, we reported that “market sources in Milan say that the match between di Marco and Dolce & Gabbana did not make or become definite and clear in the end. The parties did not reach an agreement over di Marco‘s role and the house’s structure” (see it here).

Apparently, all parties came to an agreement. As of now, di Marco is serving on the Italian house’s board, as well as in an independent adviser role. He is also expected to help oversee an impending public listing for the brand.

di Marco ran Gucci (owned by Kering SA) for six years. While there, he grew sales by nearly two-thirds. di Marco and former creative director Frida Giannini left Gucci in Jan 2015. Prior to joining Gucci in 2009, di Marco, played an instrumental role in turning Bottega Veneta as President and CEO for eight years