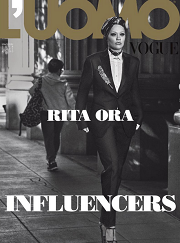 Last years, donbleek.com reported that British chart-topping singer Rita Ora had filed a lawsuit in California asking to be let out of her contract with Jay Z‘s Roc Nation (see it here). It was also reported that the lawsuit was handled privately. Moving forward, Ora has found a new home at Atlantic Records.

The multiplatinum recording artist signed a worldwide recording contract with Atlantic Records UK. She will be returning to the studio and working on new material for release later this year.

Rita Ora said “Music is my first love and I am looking forward to getting my new songs released. I’m thankful to my new Atlantic Records family for all their support and encouragement. The next chapter is going to be incredible.”

President of Atlantic Records UK Ben Cook commented, “Rita is a rare talent and a true global star. First and foremost she’s a great singer who’s hugely passionate about music and I’m delighted to welcome her to Atlantic Records. We look forward to getting in the studio with her and making an incredible album.“

Sarah Stennett, CEO of First Access Entertainment, said “I have worked with Rita since she was 17.  She has always been a great entertainer with an electric personality; singing is at the heart of everything she does. I am thrilled that Rita has Atlantic Records as her global record label in this next phase of her career.”

Ora rose to prominence in 2012 when her single “Hot Right Now” debuted at #1 in her native UK.  Since then Ora has become one of the most globally recognized and successful women in entertainment. In addition to her music success Ora’s impressive resume includes acting in several major motion pictures such as Fifty Shades of Grey, Southpaw, Fast and Furious 6, runs on television as a judge on the UK’s The Voice and later the country’s most popular TV show X-Factor, plus partnerships representing some of the biggest fashion and beauty brands including Adidas, Rimmel and Tezenis.  As one of the most successful contemporary British female artists, Ora achieved four #1 singles in the UK with her songs reaching the top of the charts across Europe. Ora also sang the global smash hit “Black Widow” which peaked at #3 on the Billboard Hot 100.  In February 2015 Ora delivered a stirring performance of her Diane Warren penned song “Grateful” on the 87th annual Academy Awards, which was seen by many millions of people all over the world.